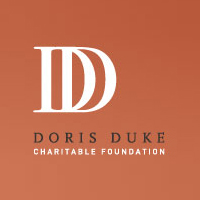 Donald Edwards has played across the globe with some of the finest musicians in jazz and other genres. He has now built a reputation all his own.

After winning the Louisiana Arts Ambassador’s Award in 1994 for Music Composition, Donald Edwards became one of the most sought after drummers on the Baton Rouge/New Orleans music scene. He grew up playing different kinds of music ranging from marching band, hip-hop and pop to r&b, jazz, funk and gospel music. As a result, Edwards is now called on to play many different genres of music and meets them with creative interpretation and virtuosity. Donald Edwards is among the vanguard of players on the New York scene today.

As part of a production team conceived in 2005, with a full-service recording and music production studio, Dirty Soap Ent. LLC (Donald Edwards w/ Antonio Dyre) has work with top artist in the jazz field and beyond. 2013 saw them relocate to The Samurai Hotel Recording Studio in Astoria to team up with master engineer Dave Stoller.

Edwards has 4 recordings as a leader -“In The Vernacular” (Leaning House Label), “Ducktones” (Zoot - T Label), “Evolution Of An Influenced Mind”- (Criss Cross Label) and “Prelude To Real Life”- (Criss Cross) and is also involved in the production of numerous recording projects.

With skills steeped in and out of the rich and varied traditions of Louisiana, drummer and composer Donald Edwards is dedicated in his pursuit of creative improvisation, compositional development, and experimentation with rhythms through conversing in dialects of a universal language we call music.

After having done adjunct teaching at the University of New Orleans and Queens College in New York, Edwards continues to teach young aspiring percussionist in many music institutions around the world. Edwards believes that putting time into educating and inspiring young musicians can ensure a future of quality music and it''s longevity.

Email me and I will get back to you shortly.